Back in September 2015, Richard and his colleague Roy, were called in to help an elderly couple out who were now unable to tend their  garden in The Hemingfords, St Ives. They were scared to go in their beloved garden as the risk of tripping had become too great and they couldn’t even hang washing out anymore as the garden had got too out of hand.

It was quite a daunting task, but Richard and Roy hired a skip, removed all the items which had built up over the years and then set to work on rotavating the whole area, removing the roots and other green waste. The old pond was next on the list for total removal. The area was then levelled, and finally seeded with grass seed. The photos show the transformation, the best part of the job being that the home owners are now not scared of venturing outside. They are able to walk to the end of their garden, sit on the bench and look out over the sheep in the field beyond and love being outdoors once again.

Richard enjoys regularly mowing the new lawn which as you will see in the after photos is growing well. If you require help with your garden, please get in touch.

Ed’s Gardening Operator for St Ives, Richard Weightman, got to grips with a customers lawn early in the season, making use of two Honda professional mowers – the larger one to put stripes on the main lawn, and a smaller one to mow around the daffodils which had been planted the previous autumn, allowing for an elegant display of lawn mowing techniques to bring the best of the garden. 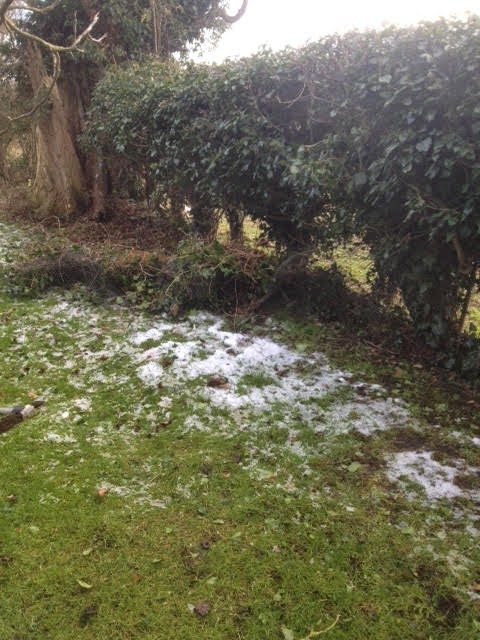 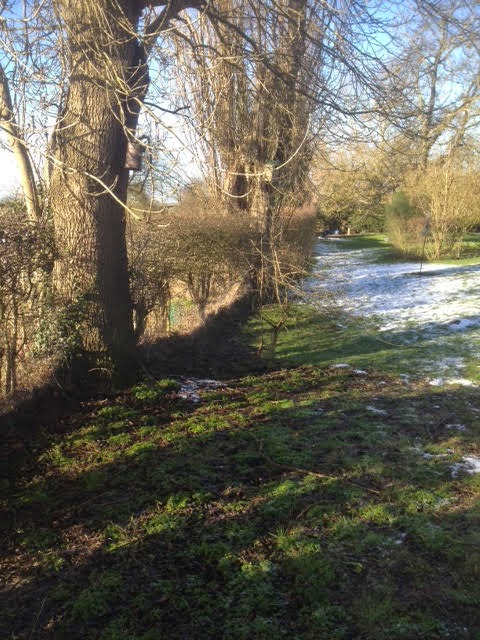 Richard our Ed’s Operator in St Ives Cambridgeshire recently rejuvenated an old hawthorn hedge, which in parts had become overgrown with ivy.  Richard, who recently completed his chainsaw maintenance and cross cutting course made use of power tools to cut through the ivy which in some areas had trunks as thick as the original hawthorn.  In other areas, the hedge needed patching with new, four year old hawthorn plants.  Once the hedge was cleared and tidy, 50 metres of fencing was erected on the field side, with the base buried below soil level to exclude rabbits from the garden.  Richard said the job was very satisfying, and looks forward to seeing the hedge come back to life in the spring. 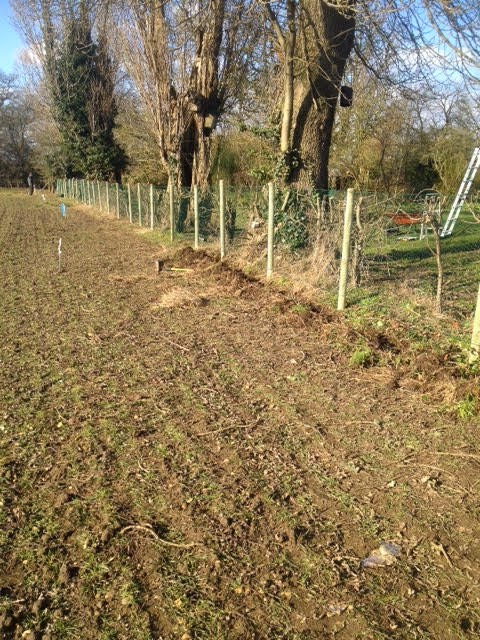 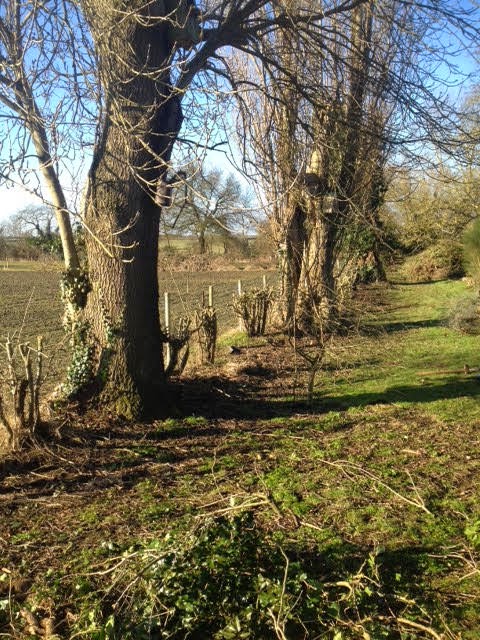 Richard Weightman, Ed’s operator in St Ives, Cambridgeshire shows off some of his prize winning dahlias.  Richard won the flower and herb section in his local Flower and Produce show, and as a result was also awarded the RHS Banksian medal for best exhibitor overall in the horticultural classes of the show. 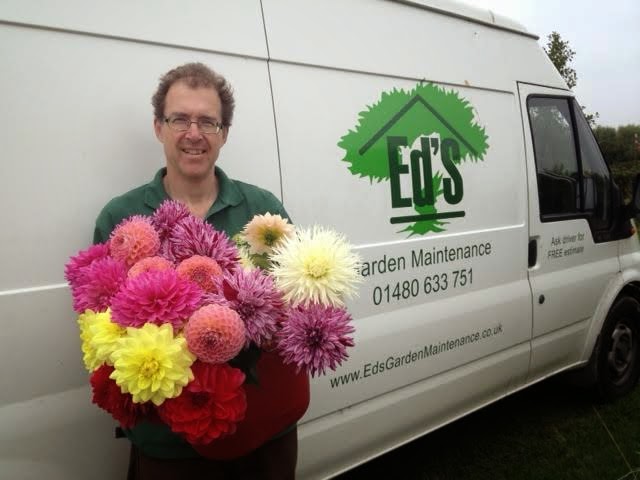 Ed’s Garden Maintenance Operator Richard Weightman who covers St Ives, Cambridgeshire sent in this photograph of a garden backing onto the River Ouse.
“The work started in the spring on this garden, with cutting down the old reeds and irises on the river bank and treating moss in the lawn.” 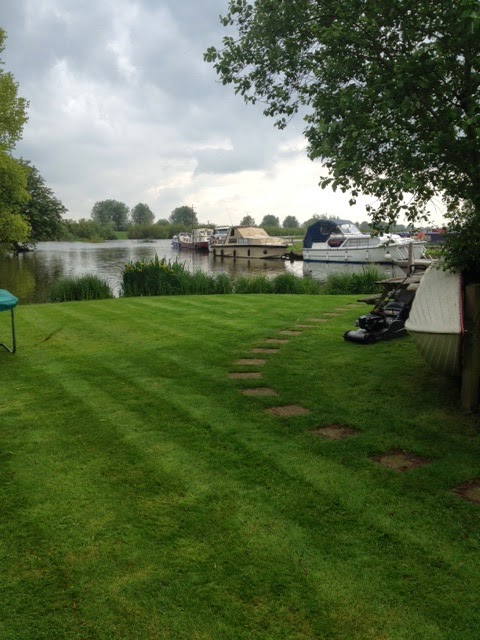 Please contact Ed’s Garden Maintenance for a free estimate to help with your gardening needs. 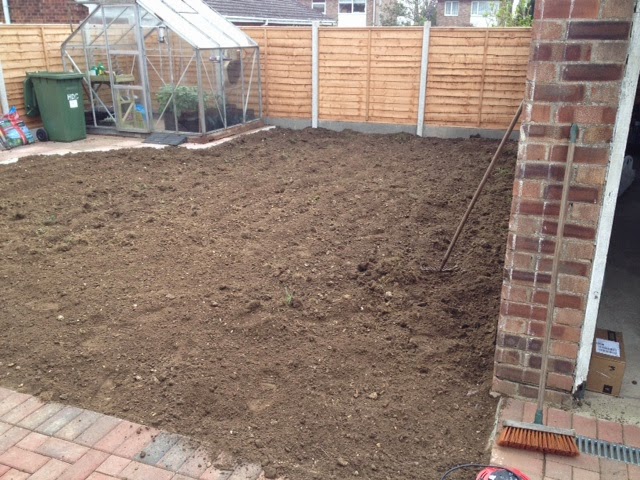 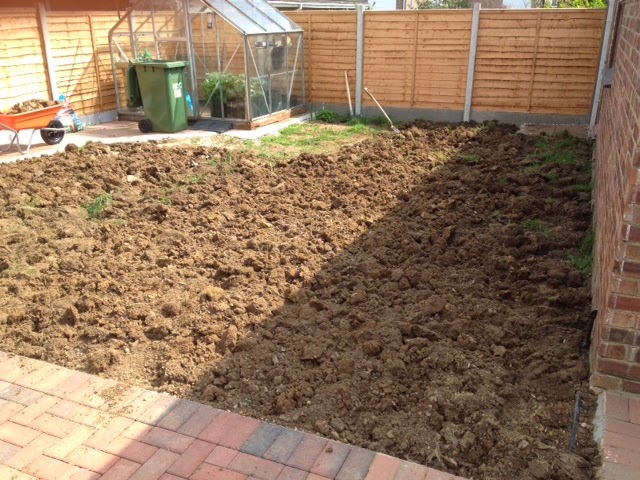 Ed’s Garden  Maintenance Operator Richard Weightman who covers St Ives, Cambridgeshire sent in these photographs of a recent turfing job he did for a customer. 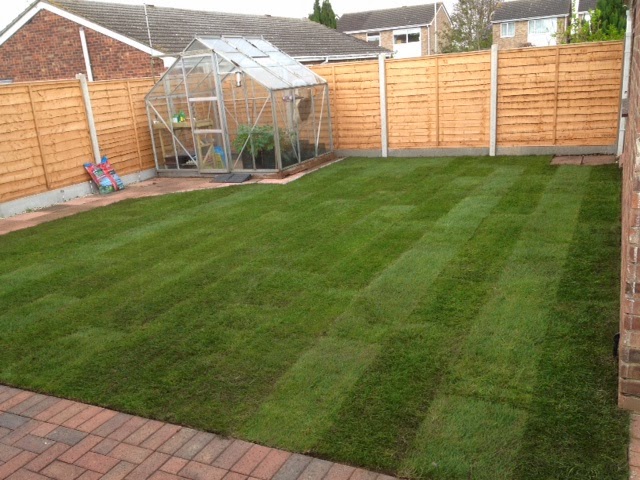 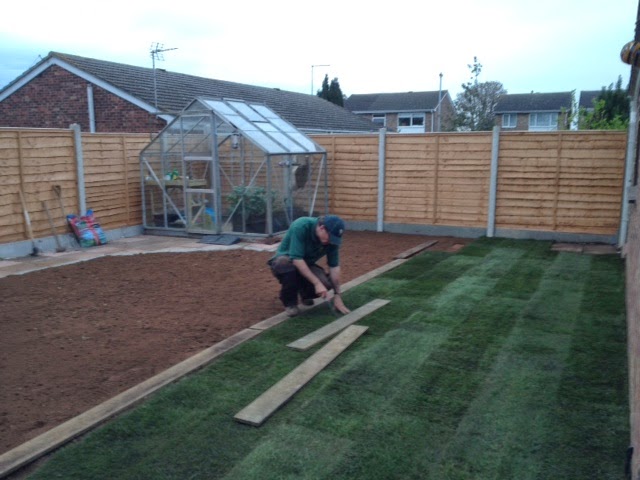