Ed’s Garden Maintenance Operator Paul from Bristol sent in these photographs of a before and after garden clearance. 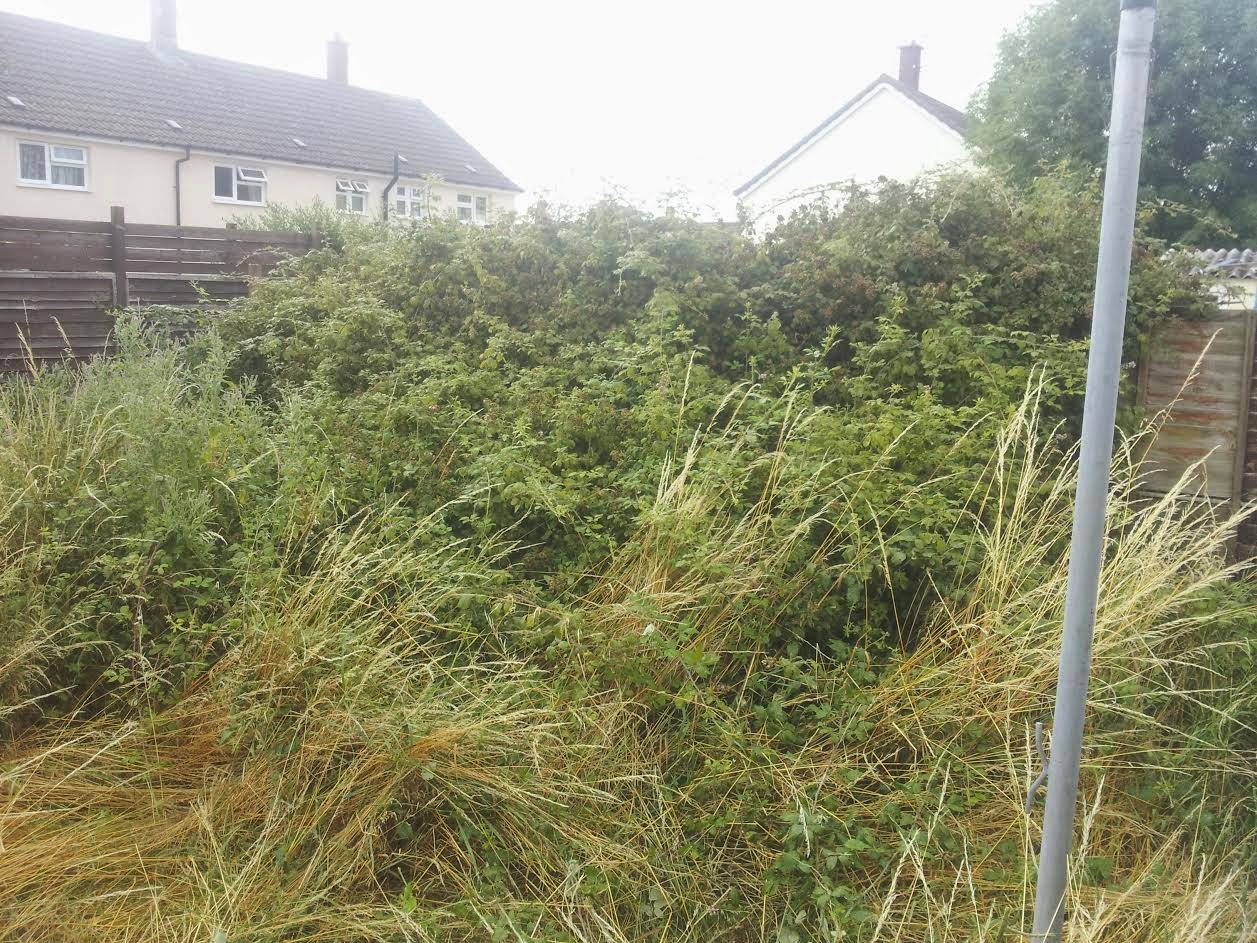 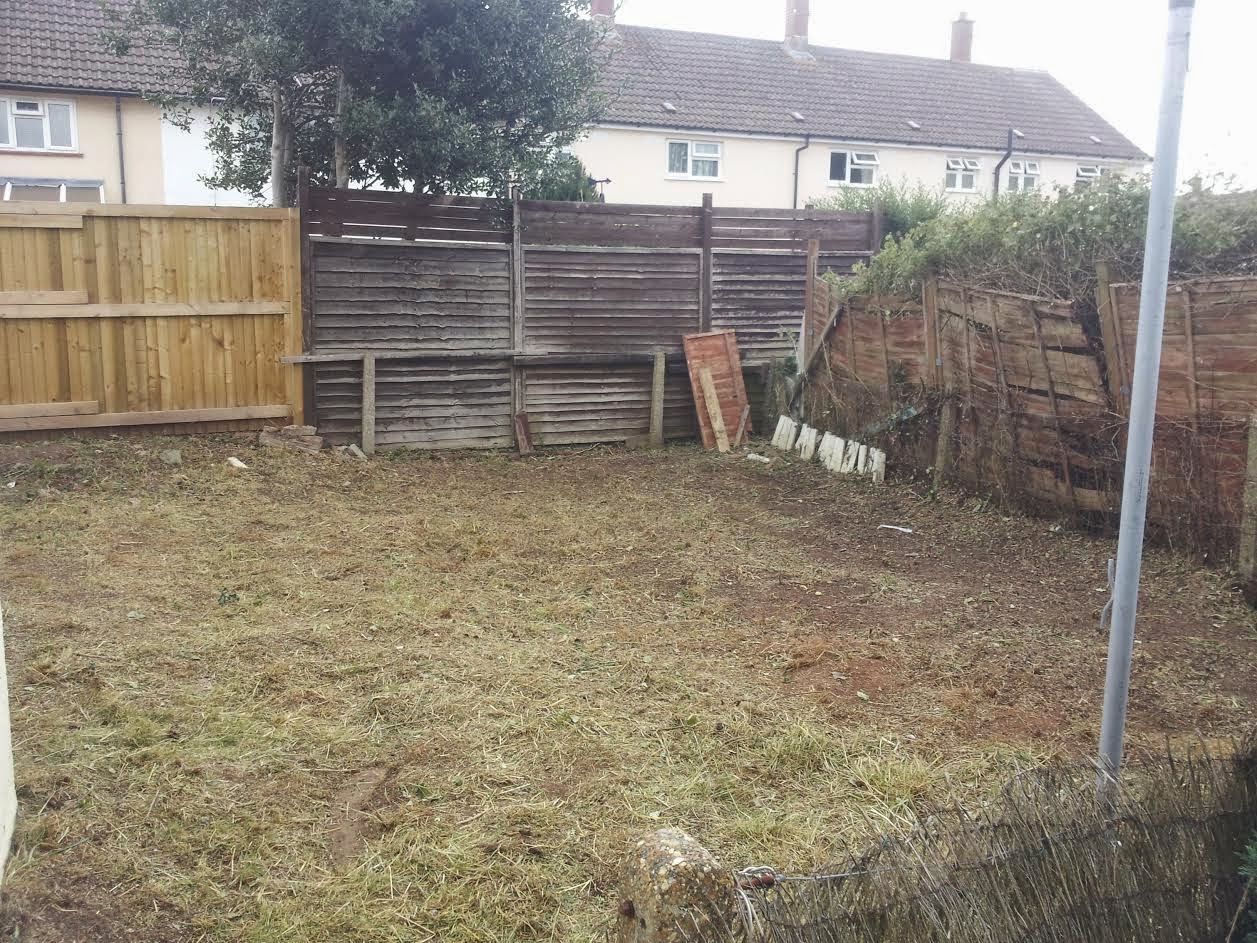 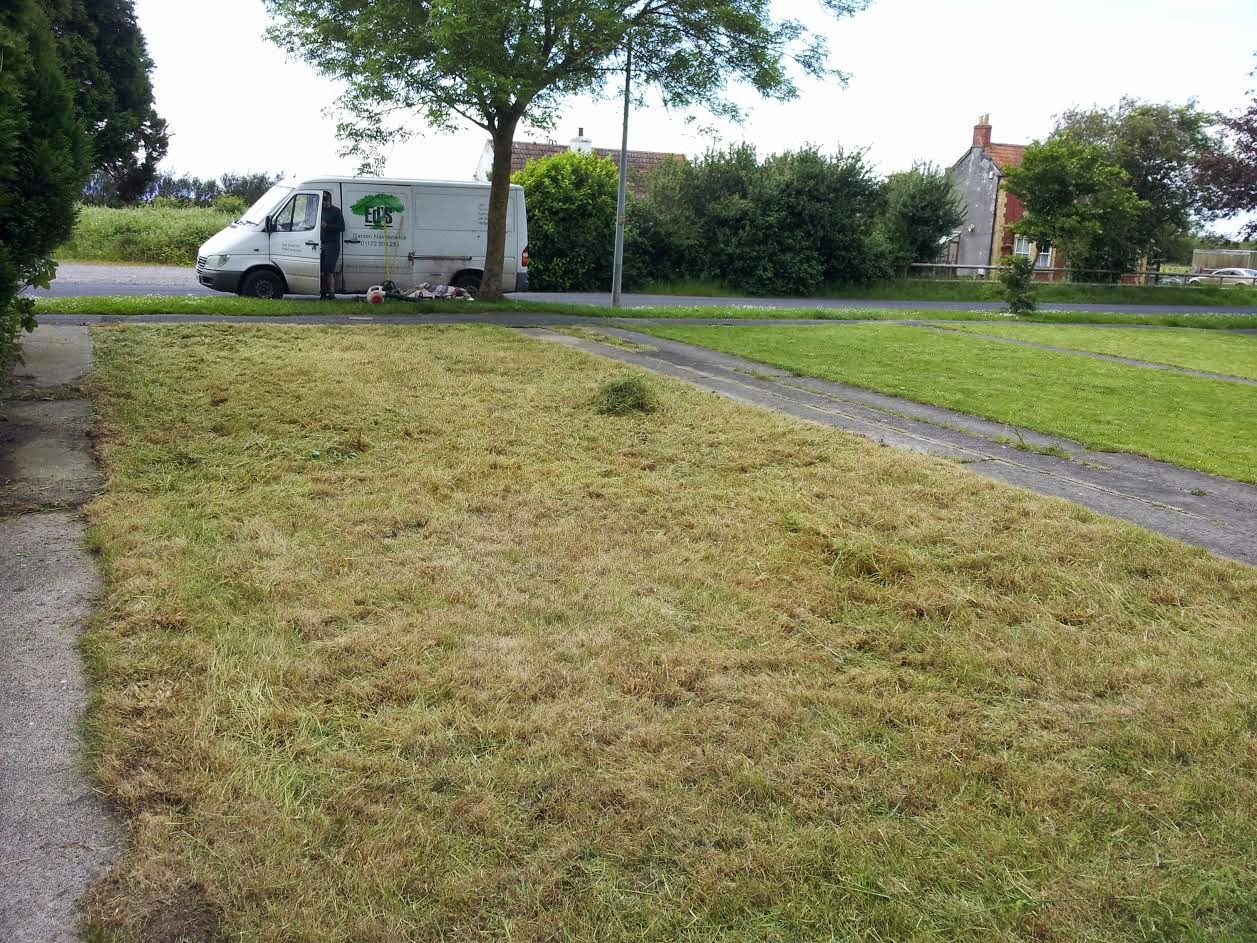 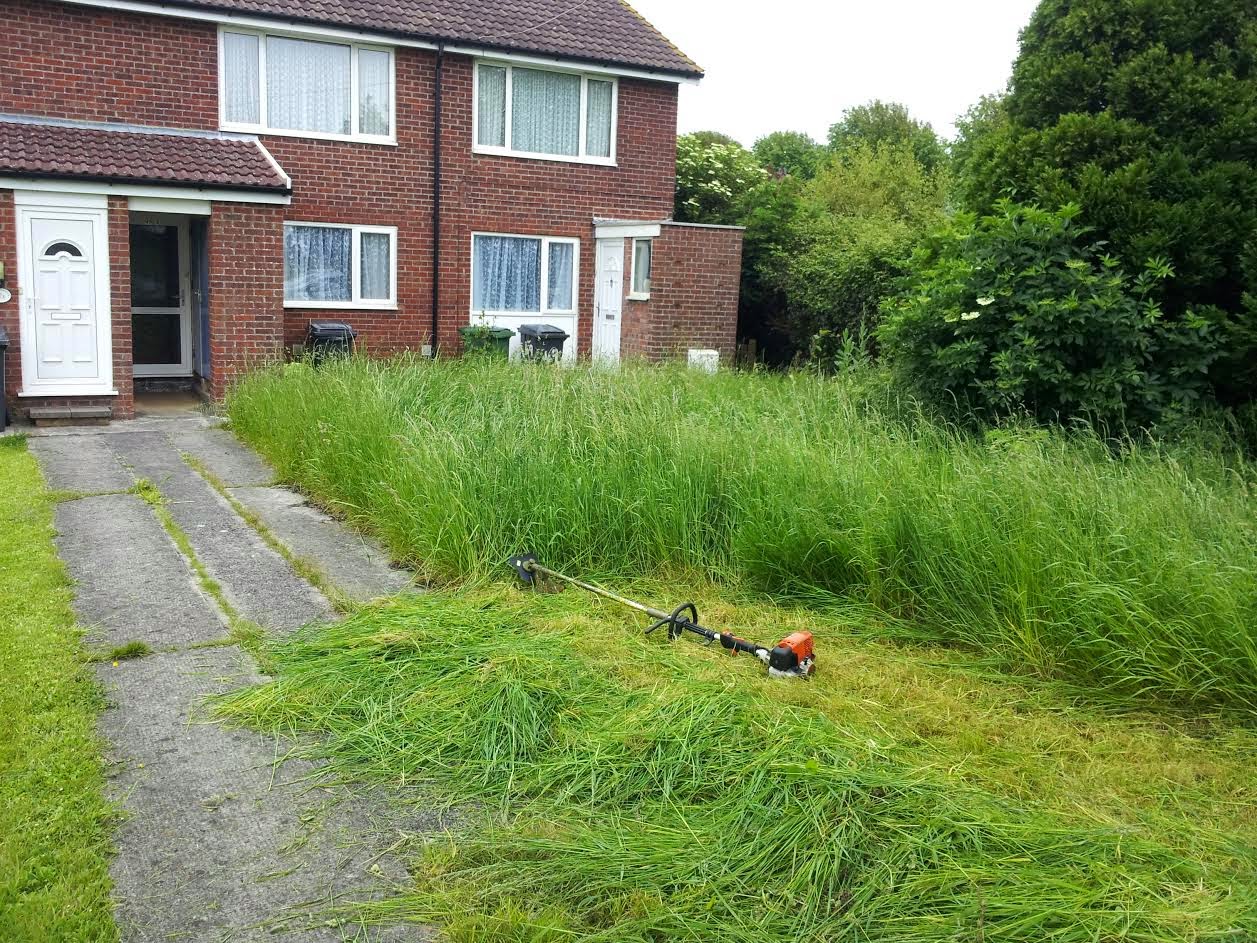 Ed’s Garden Maintenance Operator Paul from Bristol sent in these before and after photographs of some very over grown lawns.  Ed’s Operators carry their own equipment and take the waste away for you.
Please contact Ed’s for a free estimate. 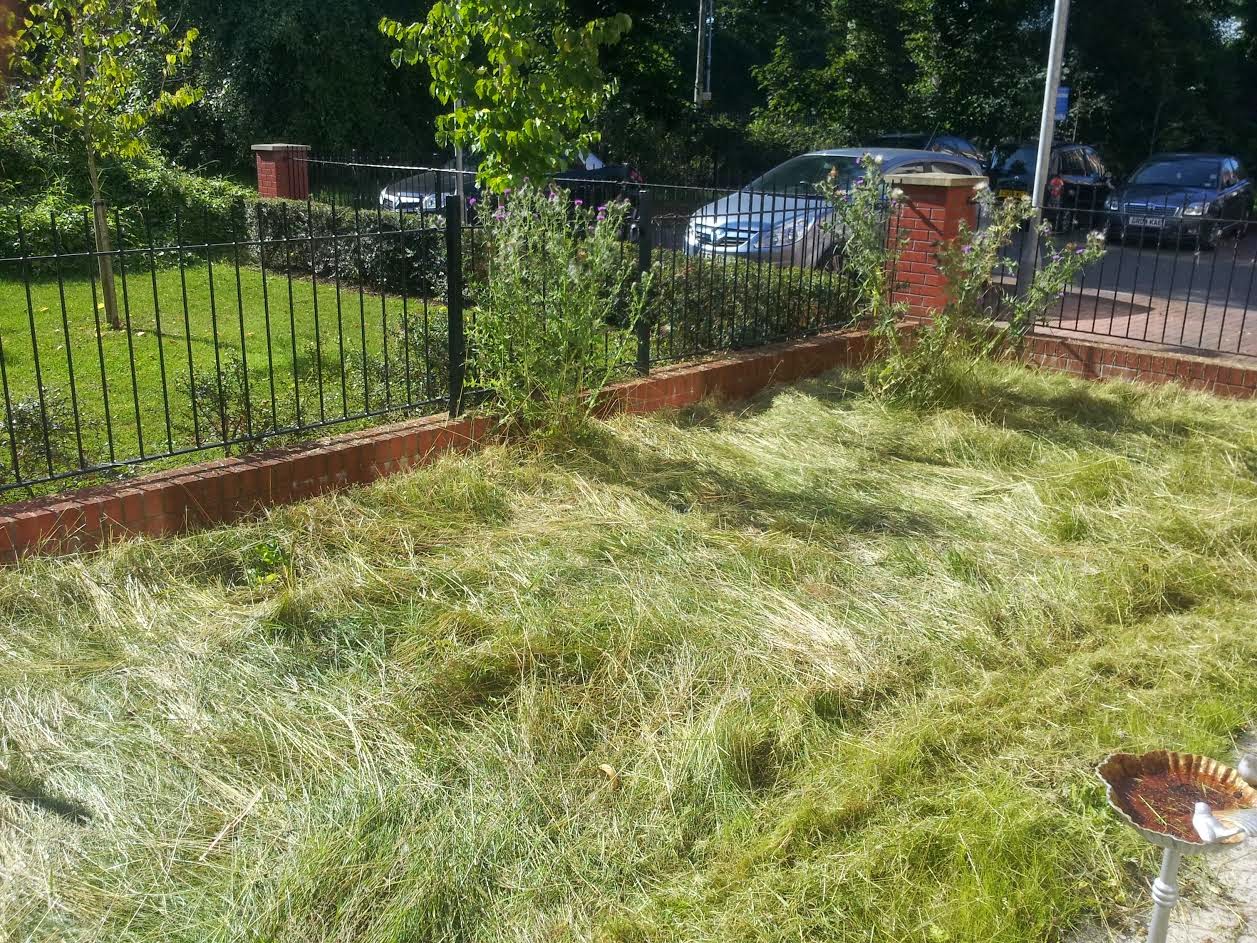 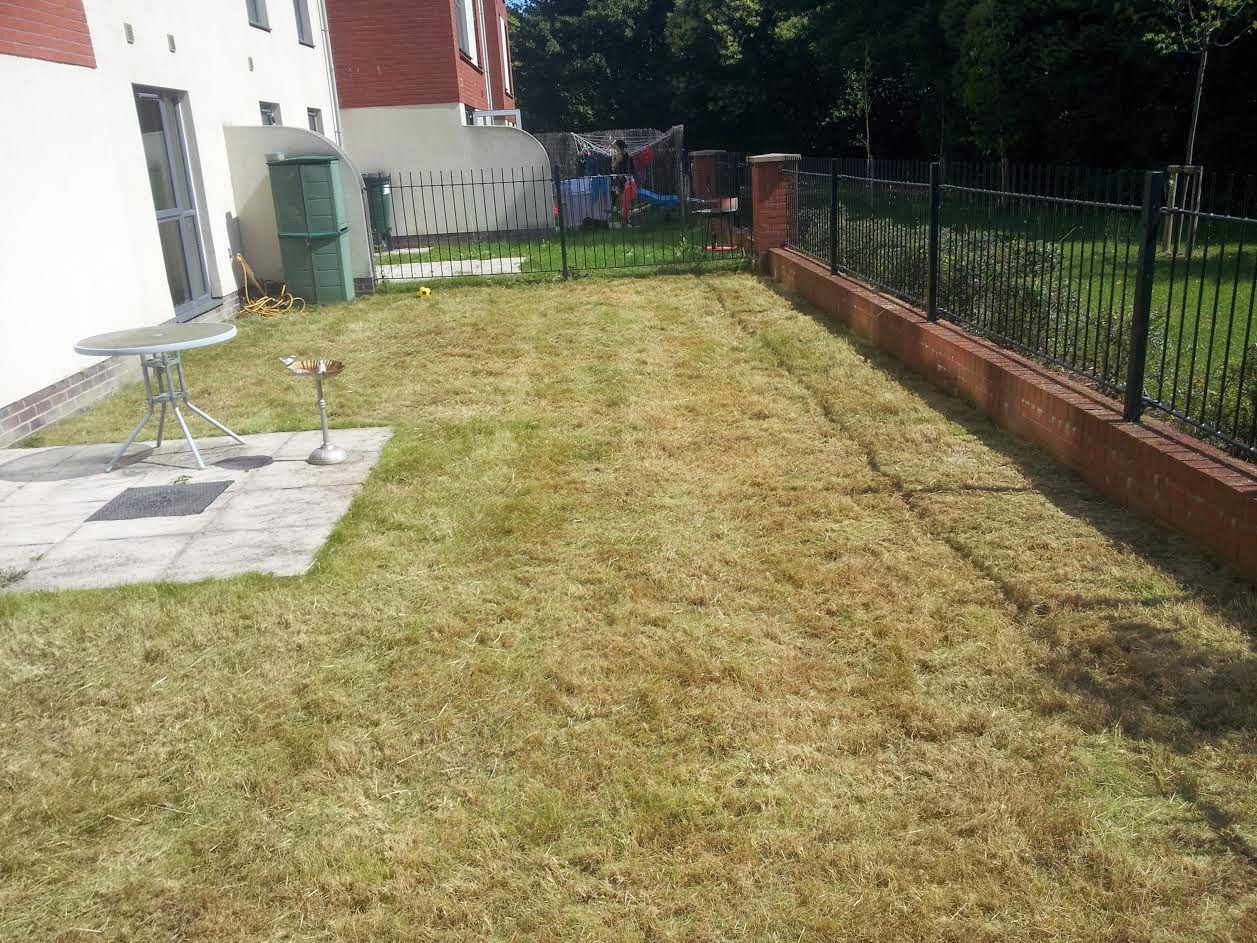 Ed’s Garden Maintenance Operator Paul from Bristol sent in these before and after photographs of a garden clearance.  Paul removed 15 tonne bags of green waste and it was 2 days work.  Please contact Ed’s for a free estimate for your gardening needs.

Ed’s Garden Maintenance Operator Carl from Eastbourne carried out a small garden clearance for a local customer recently.  Please contact Ed’s for a free estimate for your gardening requirements. 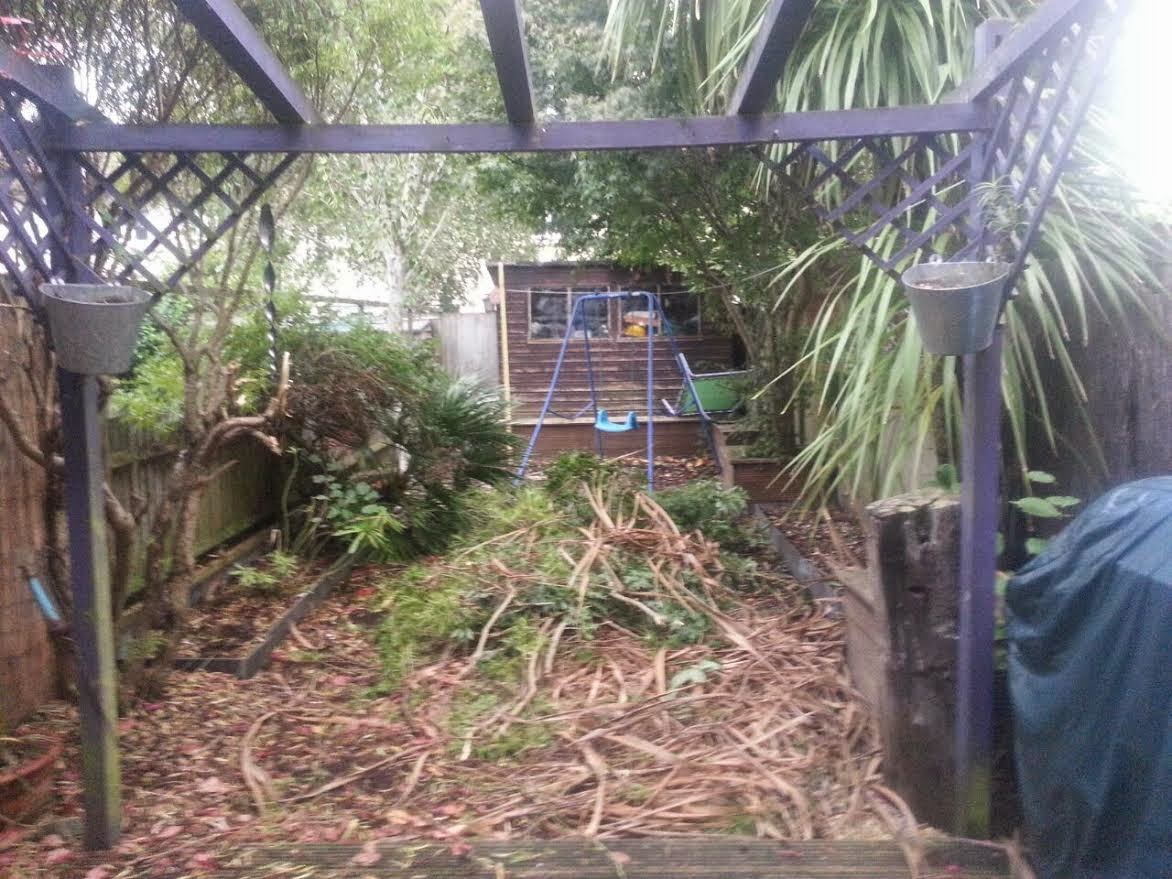 Ed’s Garden Maintenance Operator Clive from Hampton and Middlesex sent in these before and after photographs.
Clive said “The turf cost £40 plus half a days work and this enabled the Hampton tenant to have the garden reinstated back into better condition than at the start of the tenancy.   This secured return of his deposit in full, and the sale of the property on the 1st day of viewing for his landlord.”  A great investment! 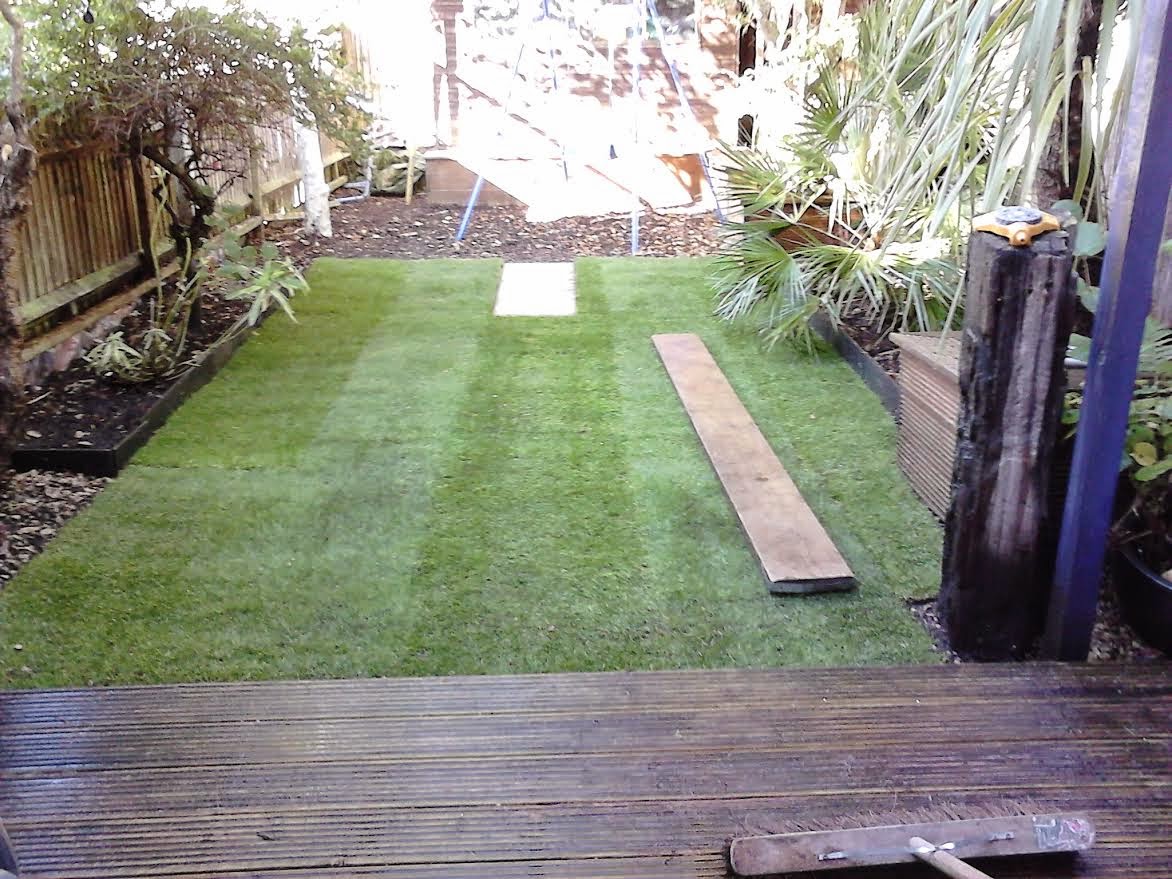 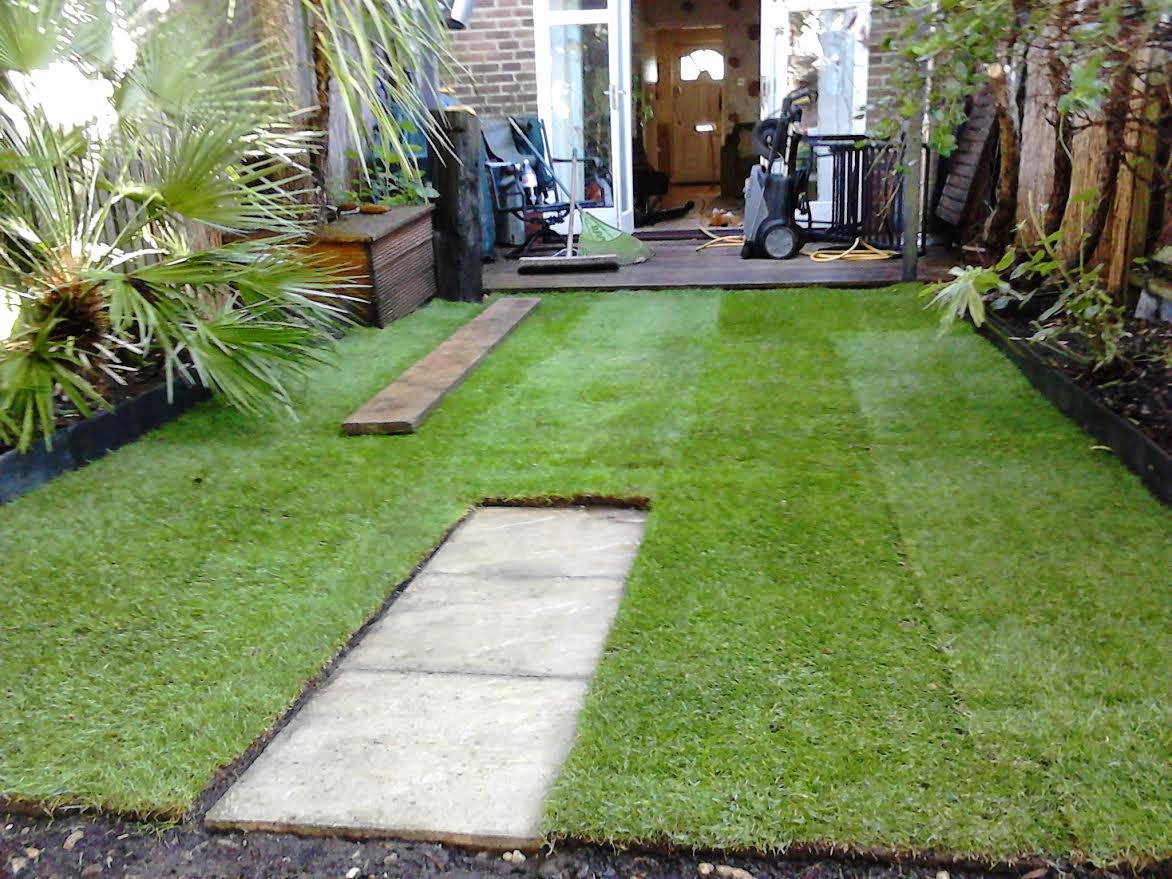 Please contact Ed’s for a free estimate for your gardening requirements.

Ed’s franchisee John Marshall has successfully split his business generating a capital sum that exceeds his original franchise investment.  John who started an Ed’s franchise in the Chobham area only three years ago has developed a large enough customer base to enable him to sell half of these generating a significant lump sum whilst retaining his franchise.
John said, “I found myself in a dilemma in that my kids have now fled the nest and my wife and I want to move away from London. I have created a strong gardening business and want to build another one with Ed’s. Being part of Ed’s is unusual in that I am able to split my protected area and capitalise on all the customer goodwill I have generated over the last three years and carry on where I want to live. I have sold half my area for more than I paid when I initially started. Where do you get that kind of flexibility in a business venture?”
“It’s all about creating a win-win scenario for all parties involved” says Ed Mauleverer, founder of Ed’s Garden Maintenance. “What we really want is a thriving network of happy operators and happy customers. John has received a payment greater than his initial investment and can rebuild his Ed’s business where he wants to live. The customer is happy because they are still going to get a good service from Andy who understands Ed’s core values about being prompt reliable and efficient and Ed’s has gained a new franchisee. I think we’re pretty unusual being able to offer this.”
Releasing a percentage of his customer base keeps John under the VAT threshold, and in freeing up some of his time he will be able to take a strategic approach to growing the business again.  Whilst people may think it’s better to have a large territory the Ed’s business model works on developing an area of customers that is as concentrated as possible. This reduces travel time between jobs and increases the number of gardens that can be maintained in a day.  The perfect scenario is to arrive at one end of a residential road and simply move from garden to garden to the other end of the same street; a scenario that many Ed’s operators have created.
“By paying a little more than I would for a new franchise” says Andy who has just purchased John’s regular customers “I can really hit the ground running with a strong customer base in place from Day One. I know that I’ll have a very healthy revenue stream that will accelerate my goals of growing the business to the next level. The lifestyle is a lot more attractive than my previous one too. My decision was a total no brainer.”
Ed’s Garden Maintenance Operator Mark who covers the Bournemouth area sent in these photographs with the following explanation:- 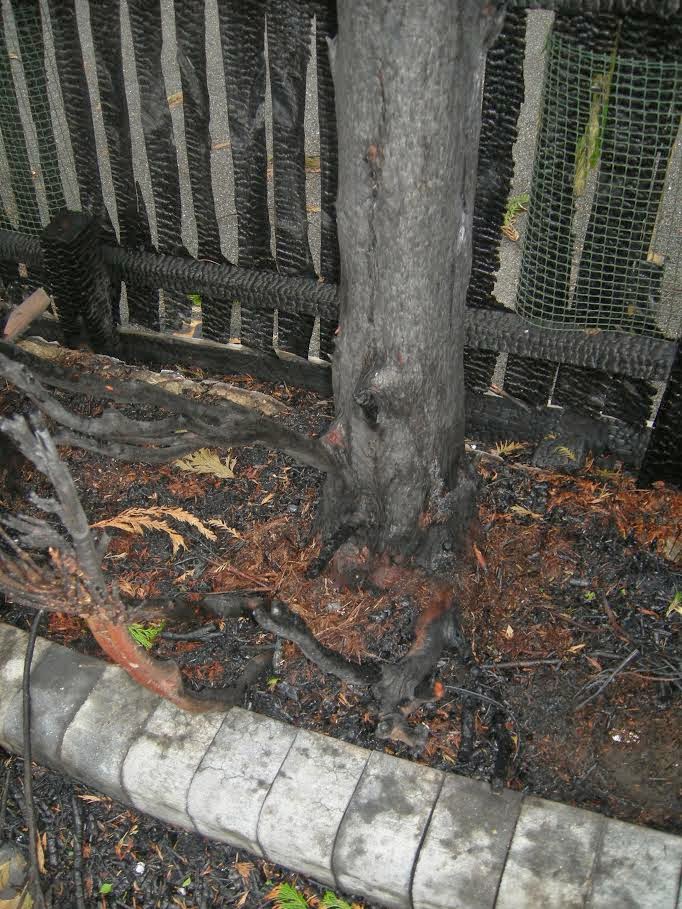 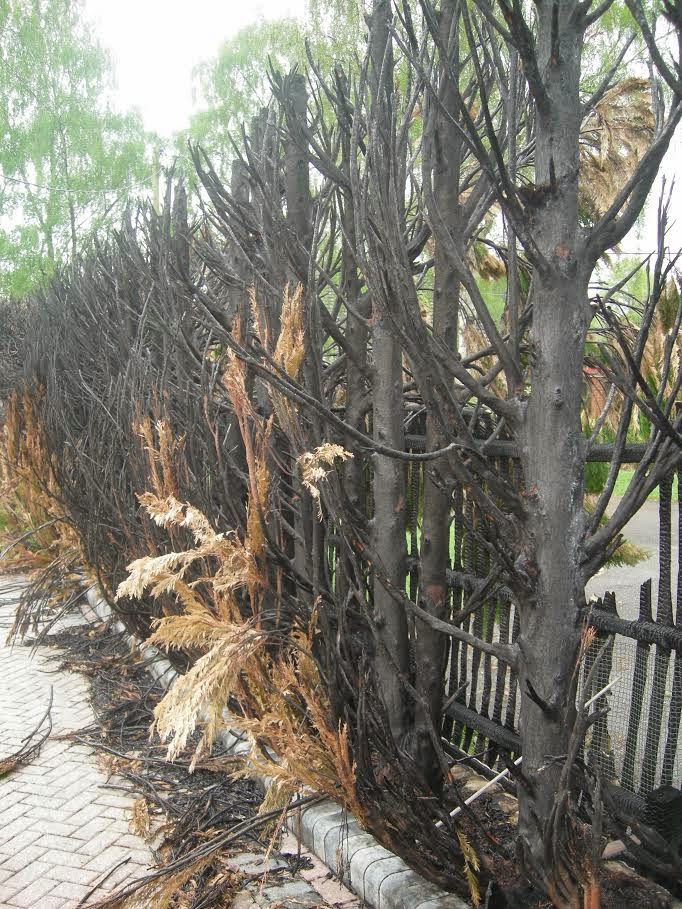 Mark was contacted by the customer after his neighbour had managed to catch fire to his hedge.  The neighbour was using a blow-torch to kill weeds and caught the fence alight which subsequently set alight the conifer hedge.  By the time the fire brigade arrived and put out the fire, over half the hedge had been burnt.  Mark was asked to remove the entire hedge including twenty conifer stumps and prepare the area for a fence to be erected and then create a border so that shrubs could be planted.
What a great job Mark has done.
Mark said “This clearly demonstrates how dangerous using a blow torch for weed killing can be!”  The customer is so pleased with Mark’s work that he is now doing regular work for him.
Please contact Ed’s Garden Maintenance for all your gardening needs and get a free no obligation estimate. 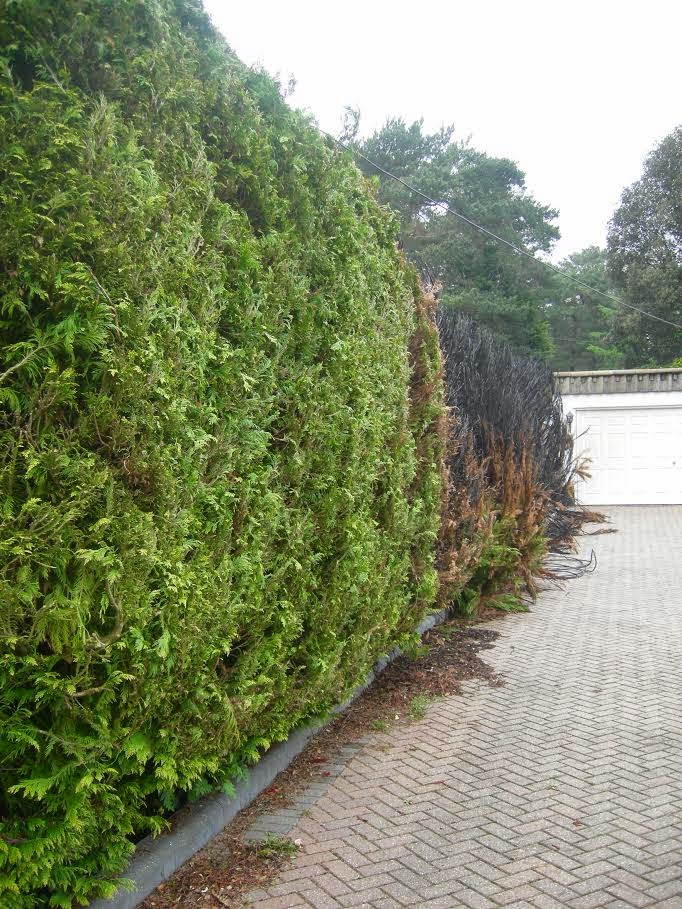 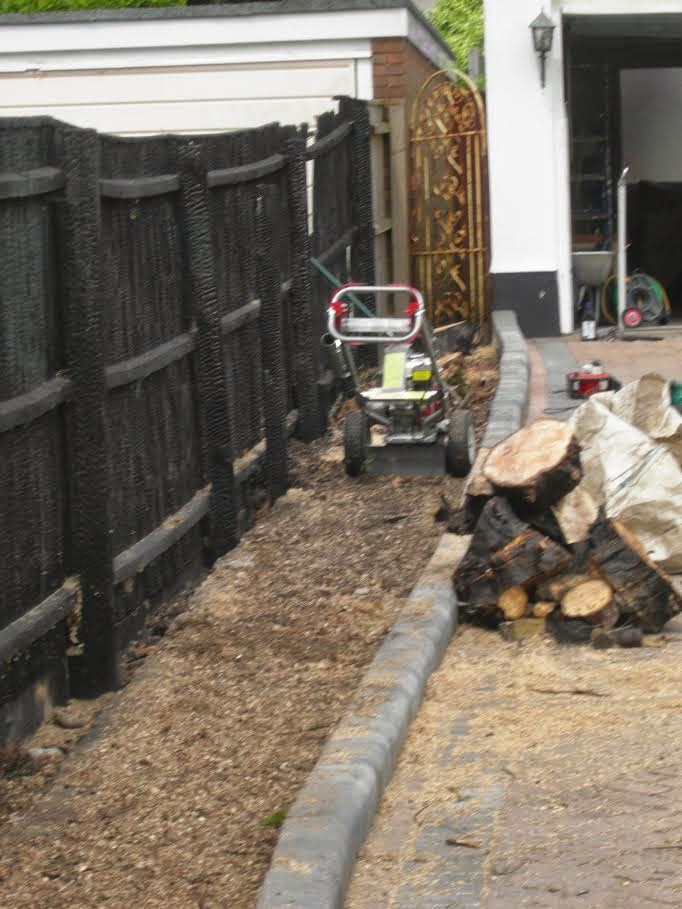 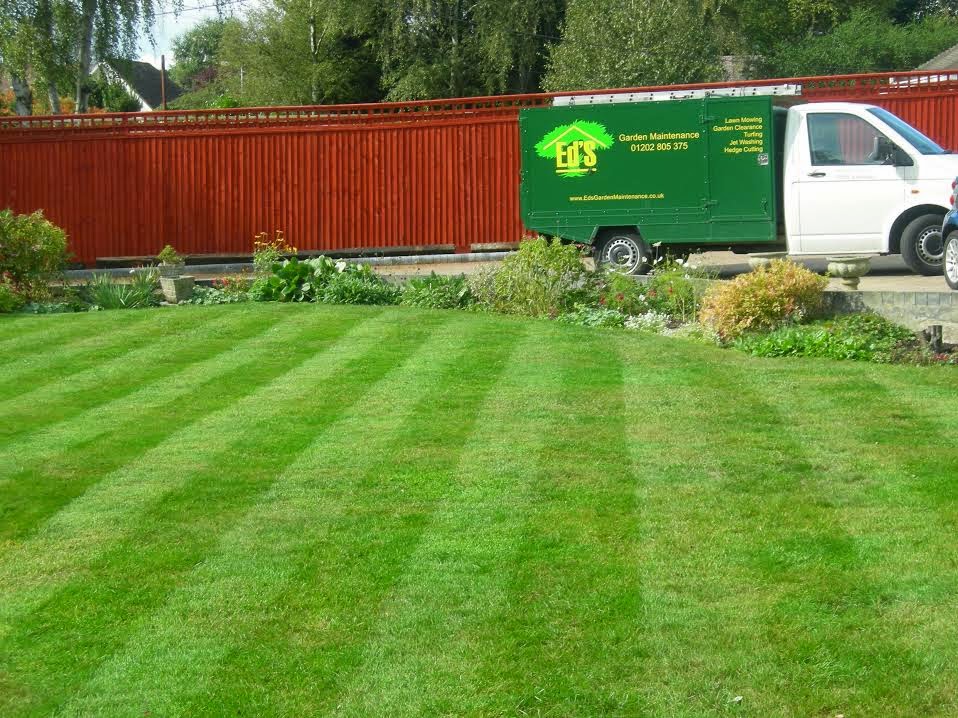