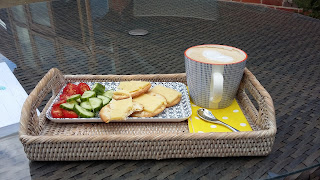 Lucy’s customer has worked out how to keep her lawn looking great.

Has to be said that she has done a very good job. 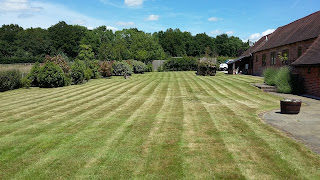 Lucy runs her Eds Garden Maintenance Business in and around Ascot Windsor and Wraysbury. 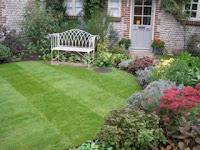 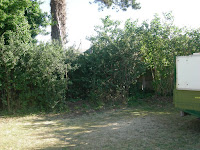 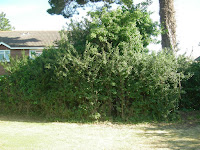 Ed’s Garden Maintenance Operator Mark who covers the Bournemouth area was contacted by a local school to clear an area overtaken by Blackthorn (Prunus spinosa blackthorn, or sloe) at the back of their sports field.  Mark provided a quote which was agreed by the trustees and a date for the work agreed.  The work took two days and the customer was very happy, so much so he has been asked him to provide an estimate for further work.  Please contact Ed’s Garden Maintenance for a free estimate 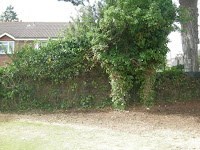 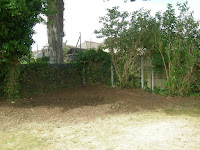 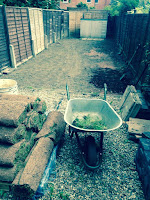 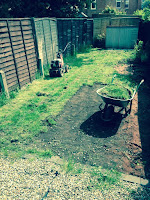 Ed’s Operator Mike who covers the Stratford-upon-Avon area sent in these sequence of photographs showing a recent garden design and landscape job.  The customer wanted a modern design and with minimum maintenance.  Mike said she was extremely happy with the end result. 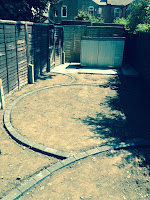 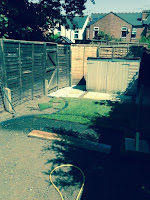 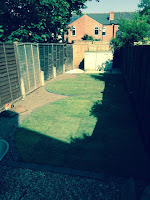 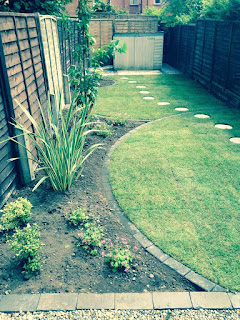 Stuart Thackeray came on board to run an Ed’s business in the spring of 2014. Let’s hear what Stuart has to say about his first year with Ed’s.

“Before I joined Ed’s I had an established career in London and outwardly I guess my life looked very successful. The reality was I was bored with the rat race commute, no longer inspired by my job and felt that my work-life balance made it hard for me to pursue my interests as much as I would have liked.
“To be honest I felt that I was living what was perceived to be a “successful” life but true success is measured by being at one with yourself and happy and in that aspect my career was severely lacking. I’ve got a strong business background so I knew up front what the important factors were when starting up your own business.
“I had my checklist and of all the options I looked at, joining Ed’s was the one that came out on top. I’ve had conversations with friends who questioned my reasons for wanting to be part of a franchise operation when I already had experience of running a business. The answer is simple – it was nothing to do with lacking confidence but all about the realisation that there was no way that I could develop such a strong sales, marketing and technical support engine as I am getting for the level of investment required to join Ed’s.
“Well, here we are one year on and life is very good. Encouraged by my success in setting up an Ed’s business in New Malden, Surrey during my first year I took the decision to complete the change in lifestyle and move to the country.
“I never thought I would have the confidence for such a bold move given I was still in my first year of trading, but I’d always wanted to return to the county I was brought up in and live the rural dream with all it’s clichés. However, by following the Ed’s business model, my business was developing so well, I was 100% sure I could still make it work for me in rural Norfolk rather than the heavily populated suburbs of Surrey.
“So now, instead of a journey to work on the packed 07:30 train into London Waterloo, my commute, in my Ed’s van winds its way along quiet picture postcard country lanes with me at the wheel and Angus, my working black Labrador sidekick, keeping me company.
“I don’t want to make it all sound perfect, obviously work always has its challenges and starting a business takes a lot of dedication and very hard work. My customers are generally lovely although you always get the odd one who does not value the services I offer. It is real life after all.

“What I can truthfully say though is that a bad day gardening for me is always ten times better than a bad day at the office. Freedom and the knowledge that I am running my own show but with a successful business backing me gives me peace of mind and a sense of wellbeing. Birdsong, big skies, the sun on my back and feeling fitter than I have done in years are added bonuses!
“Would I join Ed’s again, knowing what I know now? Yes, without a moment’s hesitation! In fact, one of our operators has just joined Ed’s for a second time – Lucy sold her successful Ed’s business due to a lifestyle move abroad and, having decided to move back to the UK a couple of years later, she’s joined Ed’s again. I think that says it all, who would do that if Ed’s wasn’t what it professed to be?”