Get a FREE Gardening
estimate
Trusted by 100's of UK homeowners 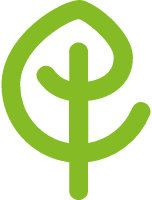 Haydn Jones was born in South Africa (to a British born mother) and has been living there since. After leaving school in 1992, he worked in the world's leading, dissolving pulp manufacturer, namely SAPPI, for over 20 year's, as a Production Supervisor. Enjoying the outdoors from a young age and owning a large property in South Africa, he developed his love for gardening! Haydn decided to change his career path in early 2016, when he decided to immigrate from South Africa to the United Kingdom, with his wife and their 3 children. Having looked at many garden franchises over the past month's, Haydn made the decision to purchase the 'Ed's Garden Maintenance' franchise. It was 'Ed's Garden Maintenance' that really caught his eye, as he found it to be a very professional operation, and he liked Ed's approach to all aspects of the business. He most certainly believes that with Ed's guidance, training and professionalism, his business will go from strength to strength and there will be many satisfied customer's a long the way. Haydn looks forward to making his customer's pleased with his service and will enjoy his journey ahead in a new country and doing what he loves best!

We have been trusted by
13 UK households scoring
4.7 out of 5

Hayden has been coming to me for a few years now. Always on time, fair price and always t...otally professional. Fantastic job every time. Thanks Hayden. Would not use anyone else.

Hi Marie-Claire. Sorry you missed each others calls. We understand you are meeting first t...hing tomorrow morning. Very disappointed. Spoke to Haydn. Said he was going call me back nothing sent a message to find out if he was still interested in the job NO REPLY

Excellent service. Haydn is a hard-working young man and clearly knows his business. The ...result of his effort is that our garden has been transformed and now looks very neat and beautiful.

PROMPT - RELIABLE - EFFICIENT
Haydn offers a range of garden maintenance : Lawn Mowing, Garden Clearance, Hedge Cutting, Residential Blocks, Turfing & Pressure Washing.
Haydn also offer's a regular fixed price garden maintenance service which is ideal for people with a busy schedule.
If Haydn is busy on a job and is unable to take your call, please kindly contact the office on 01202 805 375 or 0845 108 0121. The office will send Haydn an SMS notifying them of your call and you will be contacted within the hour.
Have a GREAT DAY and we hope to hear from you soon!

Get a FREE garden
service estimate.

To begin all we need is to check we have some one available to help based on your postcode so we can pop round to your garden and give you a free estimate.

We offer these services to both commercial and domestic customers. No job is too small or too large.

Get a FREE garden service estimate

and we'll check if a gardener is available.